What Is Scaling and Root Planing?

Plaque is the biofilm of bacteria that can be found clinging to the front of the teeth, the back of the teeth, the spaces between the teeth, and other surfaces throughout the human mouth. Over time, it hardens into tartar, which speeds up the formation of more plaque by providing the bacteria with perfect surfaces to cling to. This is a serious problem, because their presence is responsible for causing cavities and other oral diseases.

As a result, a routine visit to the dentist comes with a professional teeth cleaning session designed to remove as much of the build-up as possible for better oral health.

However, there are times when this is not enough. For example, plaque on the gumline can cause the gums to swell, which makes them less and less effective as a seal from the outside. As vertical space starts opening up between the gums and the teeth, plaque can start forming in these pockets, which can lead to a worsening of existing symptoms as well as an eventual case of bone loss. This occurs when the bacteria starts interfering with the cells that are responsible for building and breaking down the substance. When this happens, the solution is scaling and root planing.

Often called deep cleaning, scaling and root planing starts with cleaning the plaque and tartar off of the teeth, which includes the portion that can be found in the pockets situated below the gumline. This is followed by the dentist scaling the root surface to smooth out rough areas so that the gums can reattach to the teeth for a better seal. Sometimes, scaling and root planing can be completed in a single session, but more serious cases may require multiple sessions for thorough results. 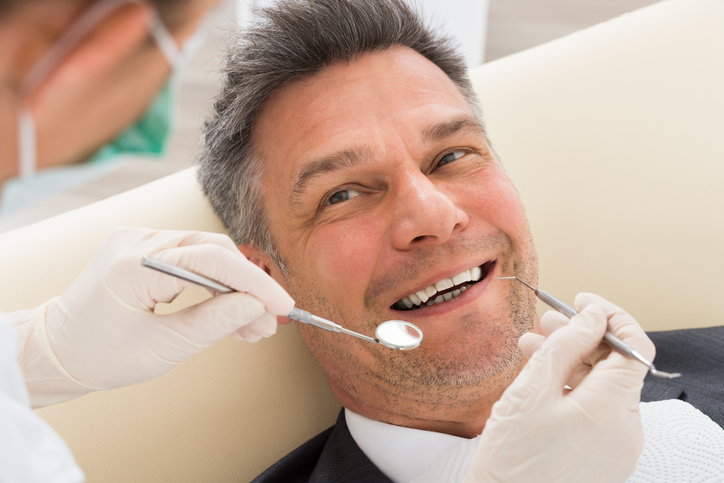 Why Is Scaling and Root Planing So Important?

Scaling and root planing is important for preventing periodontitis, which can cause tooth loss when enough of the alveolar bone that holds them in place has been lost.

However, it should be noted that the presence of bacteria in the pockets can cause a whole host of other unpleasant symptoms, which include but are not limited to bad breath, tender gums, and bleeding gums after brushing or flossing the teeth. By having this procedure done, patients can provide their gums with the chance to heal, which will not only prevent bone loss but will also eliminate these symptoms for the time being—something that can make for a significant upswing in their personal well-being.

Why Do You Need a Skilled and Experienced Dentist For Scaling and Root Planing?

It is important to note that people in need of this procedure should seek out someone who is both skilled and experienced. After all, the stakes are serious—meaning that you will want someone who is capable of providing their patients with thorough results on a consistent basis. Furthermore, since the procedure can be unpleasant when the oral disease has progressed past a certain point, you will want someone who can administer local anesthesia as needed to make sure that the process proceeds as smoothly as possible.

If you suspect that your mouth could benefit from scaling and root planing or some other dental procedure, don’t hesitate to contact Central Florida Periodontics & Implantology at your earliest convenience. By making sure that your teeth are in good condition sooner rather than later, you can continue to count on them for the foreseeable future.