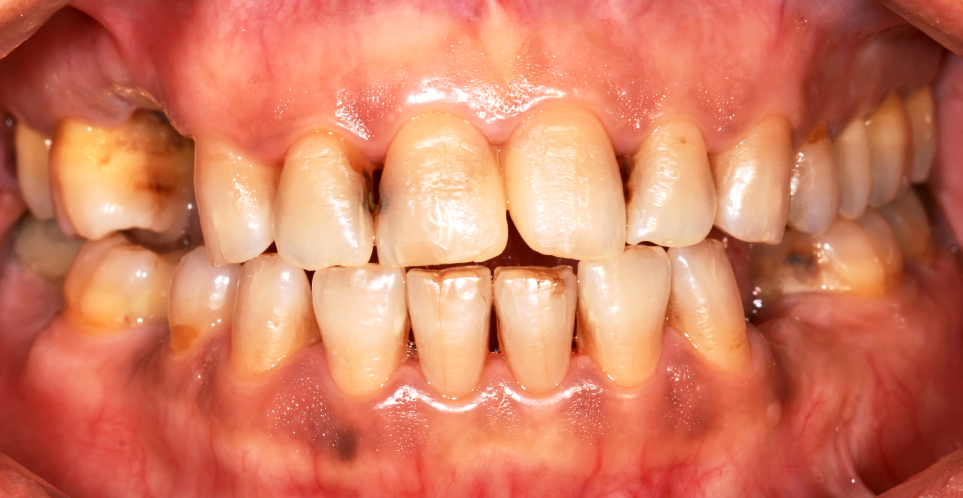 There are several types of gum disease that commonly occur in a large portion of the population. These diseases can typically be attributed to things like poor diet, insufficient hygiene habits, limited access to dental care, and poor sanitation practices are all highly correlated with the onset of gum disease. The two most prevalent types of gum disease are known as gingivitis and periodontitis. These affect a large number of people every year, including children. If not treated properly, both of these diseases can lead to a loss of teeth and possible further infection.

Gingivitis is probably the most commonly known form of gum disease. Typically, it begins with mild symptoms of red, swollen, or bleeding gums but without much pain. Gingivitis is most commonly associated with improper oral hygiene.

Other risk factors that are correlated with the onset of gingivitis may include:

Periodontitis is a more advanced form of gingivitis. Periodontitis develops when plaque and tartar accumulate beneath the gum line and begin to produce toxins that cause damage to the tissue of the gums. The toxins that are produced trigger an autoimmune response in the body which basically causes the immune system to begin destroying gum tissue. The results of this can be cosmetically and medically extreme. The gums begin to separate from the teeth and will eventually fall out if left untreated. As time progresses, the only option to stop periodontitis may be the removal of the infected teeth. There are several different subtypes of periodontitis, each varying in its degree of severity from the others.

Some of the most common types of periodontitis include but are not limited to:

If you suspect that you or a member of your family may be suffering from gingivitis or periodontitis, it is important to see an expert in periodontics like those at Central Florida Periodontics in order to stop the progress of the disease and avoid the degradation of teeth and gum tissue.